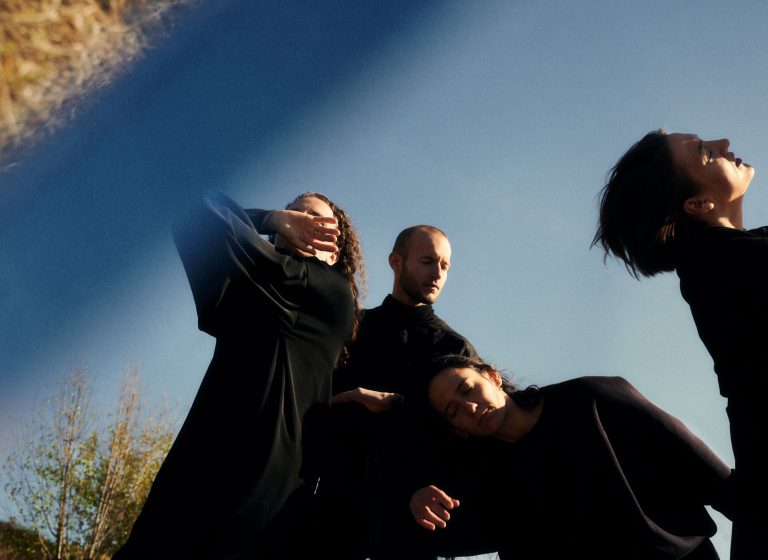 Ulysses 2022 was born from the worldwide fascination of James Joyce’s masterpiece. This novel was published in 1922 and to commemorate the 100th anniversary, between feathers ensemble asked three composers to develop ideas based on different episodes of Ulysses: Hades, Sirens, Penelope.

In Joyce's Ulysses, the most important thing is the act of narration, which means that the situations experienced by the three protagonists, both the most banal and the most deep, harmonize so naturally to build one of the most incredible stories of the twentieth century.
HADES is a monodrama based on episode 6 in which Leopold Bloom goes with some fellows to Dignam's funeral. There are three important moments (the three scenes of the monodrama) in which Leopold makes his particular journey to the Greek underworld, making one of the many parallels that the book has with Homer's Odyssey. The first is the journey to Prospect Cemetery in the black carriage, where, accompanied by three other characters, our protagonist is tormented again and again by a series of terrible memories from the past: premature death, infidelity and suicide. The black carriage becomes a suffocating space for Bloom, from which he wishes to escape no matter what.
The second scene, already in Prospect Cemetery, is divided in the same way into three short speeches with an ironic, playful and critical tone towards religion and the church. Bloom is still uncomfortable, despite the fact that the space is now wider than in the carriage.
In the third scene, in the last speech, Bloom makes a reference to one of the phrases Martha Clifford writes to him in one of the hot-dirty letters they secretly send to each other: "back to the world again".
Leopold sees the gates of the cemetery open, and is ready to return to the world again, he still has so much to live and feel.
Warm beds: warm fullblooded life

Sweets of sin is a work for soprano, flute, accordion, percussion, text projection and optional lighting design. It is based on the 11th episode of James Joyce's Ulysses, the chapter of the Sirens. Before composing the music, I studied the text intensively, including the sentences dealing with femininity, relationships, human reactions and beauty. From the beginning I had decided on a lot of text, so in addition to the soprano text, the musicians are also speaking and text is projected. One of the features of the text itself is that there are linguistic elements with a kind of musicality in a large part of the text that can be used as musical material, and that can also be orchestrated well with the music. On the other hand, the music is there to provide a safe space in which the text can unfold without there necessarily being semantic references. Finally, Sweets of sin aims to support an inner, covert theatricality that is realised through the musical gestures of the musicians and will contribute to the concept of the whole performance Ulysses by between feathers ensemble.

Circum is an innovative animated score for between feathers ensemble (voice, flute, accordion, percussion) with a fixed-media audio/video part. The animated score is in video format, serving both as notation and as an audience-facing multimedia component of the piece.

The starting point for this piece is that excerpts of the text of Ulysses which describe landscapes around Dublin will be displayed and will then dissolve into dust (via a particle system) and be re-assembled as music notation. The text, staff notation and the contours of the transformation will all serve as musical material to be interpreted by the ensemble. The staff notation will be an encoded version of the text used, passing it through a cipher associating different words or letters with pitch or other musical parameters. Video footage of the locations will also be incorporated, contextualising Joyce’s writing for the international audiences which will hear the work in its first performances.

For Soprano and Bass Flute 8’